Look Me Over – Liberace 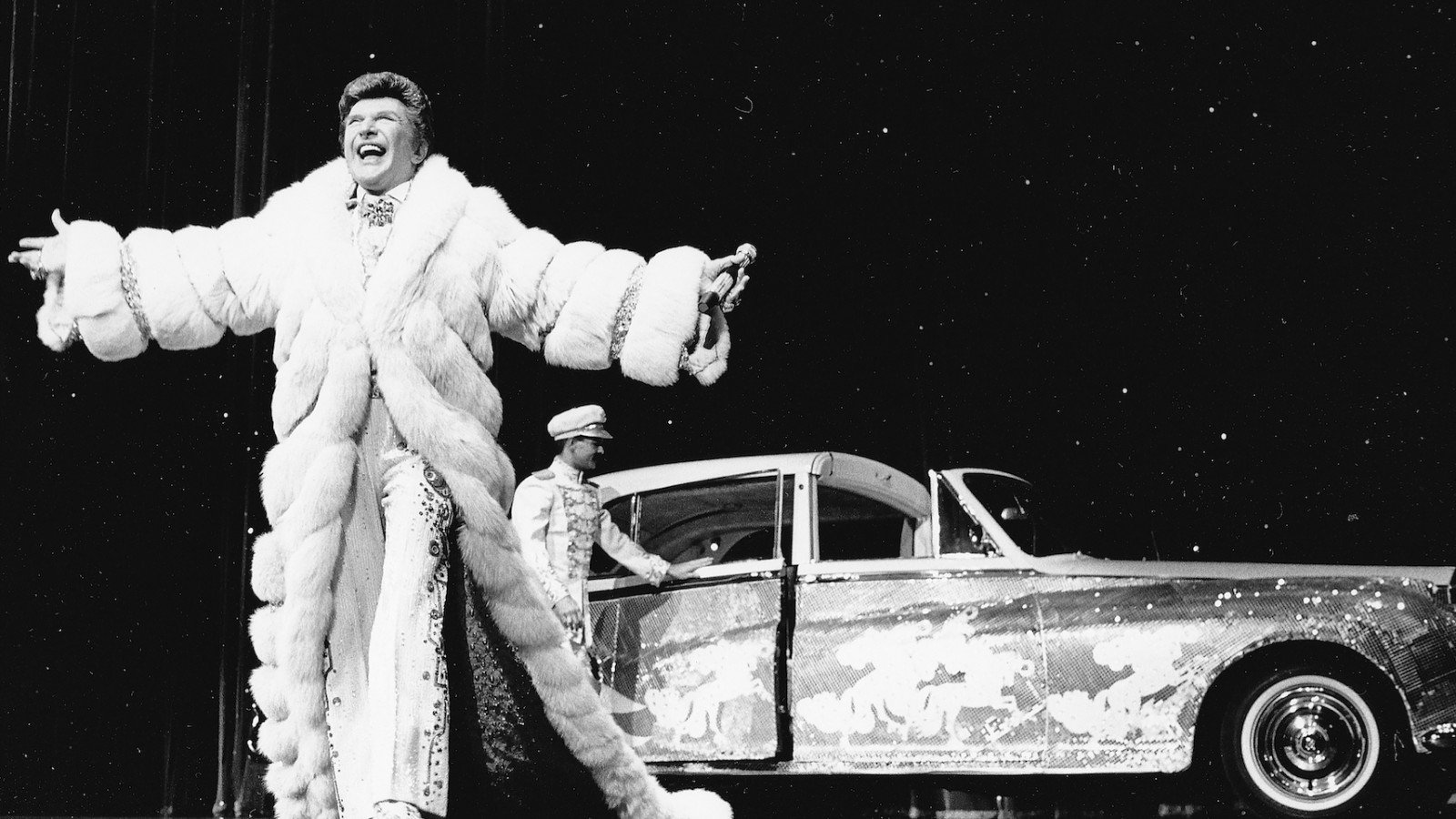 Liberace knew the entire who's who of Hollywood. Some of them he needed as tokens, some to admire, some to promote. "I don't give concerts, I put on shows." True to this maxim, his performances grew into the incomprehensible over the years. He boarded the stage in a mirrored white Rolls-Royce and a meter-long chinchilla coat. Liberace took the wind out of the sails of every critic of his lifestyle with a wink and a large portion of self-irony: "My clothes may look funny, but they're making me the money. At the same time, he flirted unabashedly with his audience, laughing broadly, and telegenically played the loving son of a cute old lady. He thus became the favorite son-in-law of millions and millions of mothers.

As legendary as his glittering performances were, so paradoxical was his public life. No other artist cultivated gay self-dramatization as openly on America's biggest stages as Liberace and at the same time prevented his outing so vehemently and with all means until his death in Palm Springs. Even though much of his dream and image crumbled during his lifetime, by the end of his days, almost nothing of it remained.

The documentary "LOOK ME OVER – LIBERACE" focuses on his psychogramme at various original locations, some 30 years after Liberace's death. The focus is on his life and success story as part of the "American Dream" amid the bigotry of a divided society. To this day, both continue to live off their respective legends.